This year for memorial day, since it fell during my part-time maternity leave, we decided to take advantage of the super-extended weekend (four days instead of three days) and leave the city far behind us.

After church Sunday night, we finished loading up the Xterra and left the house by 9:30. That is one of the greatest benefits of an Alaskan summer: the extended daylight hours. It actually makes it possible to DO things in the evening, without it being pitch black.

Our plan was to drive about an hour north of town and camp out at Eklutna Lake, a glacier-fed lake that is part of the Chugach National Part. For those of you that remember, we went to Eklutna Lake last year for memorial day and went kayaking with Micah's brother, Matt, and his faithful doggie, Kershaw. In 8 hours we kayaked over 6 miles, from one end of the long, skinny lake to the other. Our mission was to actually SEE the glacier, and we did! Of course, we passed out afterward, but it was fun while it lasted!

Since we were leaving so late due to church, we were afraid of getting to the campsite, only to find all the campsites taken, something that has happened to us a number of times already, usually during the 4th of July. But this time God smiled on us and we were able to snag a prime spot, just down the road from the bathrooms and trails!

Eklutna is a beautiful, beautiful place. 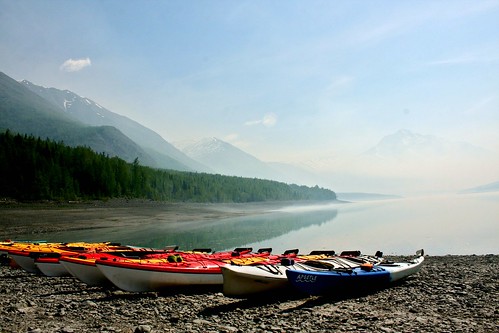 Apparently there was a forest fire on the other side of the lake, so they had several of the lakeside trails closed, and the entire park was filled with a smokey haze, so much so that you couldn't see any of the mountains! 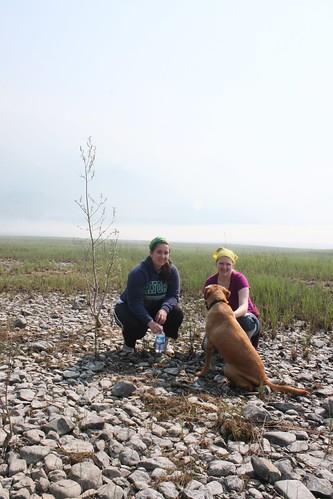 (me and my bestie, Emily! And Kershaw too!)

After setting up camp, eating the traditional polish sausage dogs, and making the must-have Peter camp smores (melted chocolate, marshmallows, and PEANUT BUTTER or a cinnamon graham cracker), we headed off to bed.

Us girls got the tent while the guys slept out under the stars.. err.. the sun (remember, the sun never goes down in Alaska during the summer. It just lingers on the horizon a bit and then comes back up). Caleb slept with me, of course, which was an interesting experience. I had him all bundled up but somehow during the night he had wiggled his arm out of the blanket and had it smack dab next to the tent material. Now, I'm not sure who all has been camping overnight, but when the dew rests on the tent come morning, that material gets COLD and WET. When I woke up his poor little arm was freezing! But strangely enough, he was still dead asleep. I quickly put his arm against my bare skin, allowing my body heat to get it toasty warm, then I snuggled Caleb close to my side while we dozed until the rest of the camp awoke.

The next morning we made pancakes and headed off to the lake to do some hiking on the safe trails.

See how hazy it is? For those of you that remember from last year's youth hike on Mother's Day, this was once a giant wooden tepee. Until some punk knocked it down. 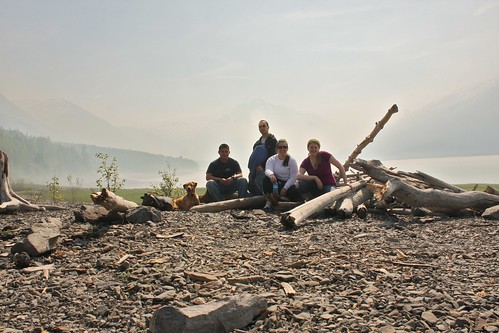 We then played fetch with Kershaw for a while. She LOVED the cold water! 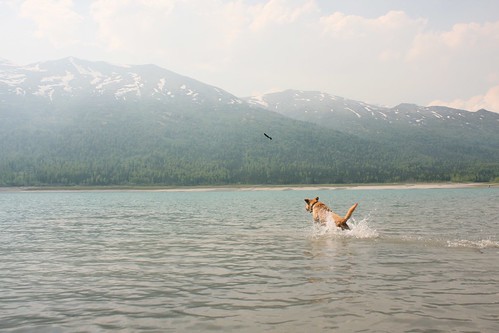 Once back at camp, I played with Caleb and got him smiling so big! He loves his Mommy!

First he was serious... 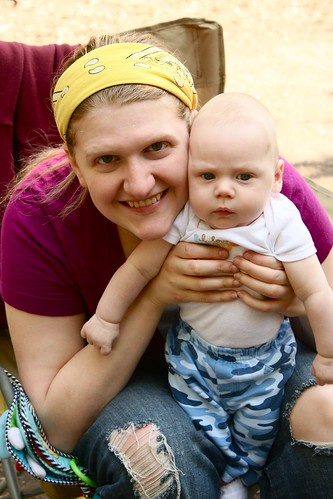 Then he saw the camera... 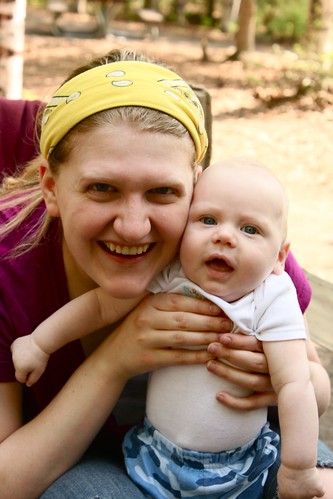 Then I started tickling him and that was the end of it! 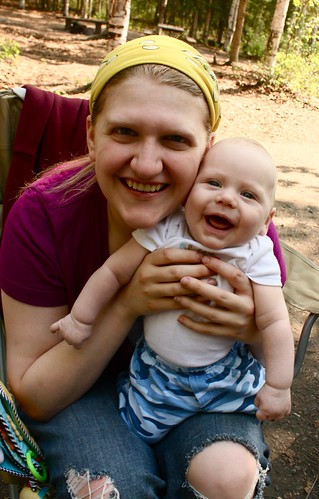 And of course, Daddy had to join in on the fun... and the silliness! 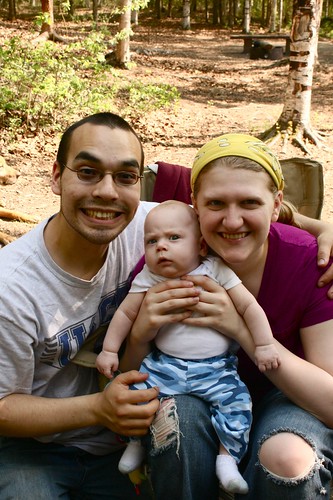 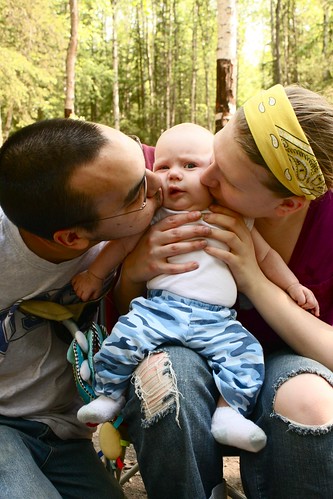 And of course, Auntie Em had to get in on the kisses. 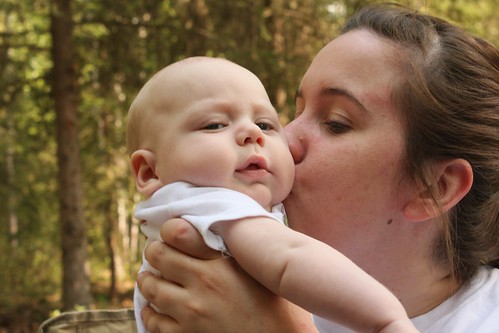 All of a sudden, we were attacked by a savage watermelon! But don't worry, I saved everyone. 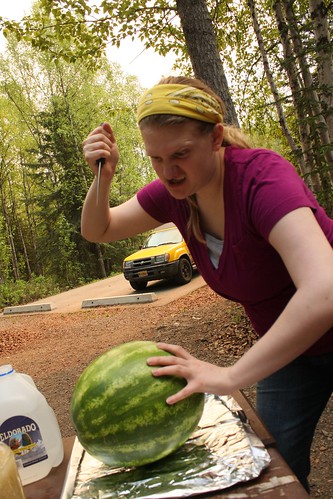 Emily kept teasing me on how much I love watermelon. Some of you will remember that watermelon was all I could eat for the first 6 months of being pregnant. Watermelon and cantaloupe. But never at the same time-- yuck! 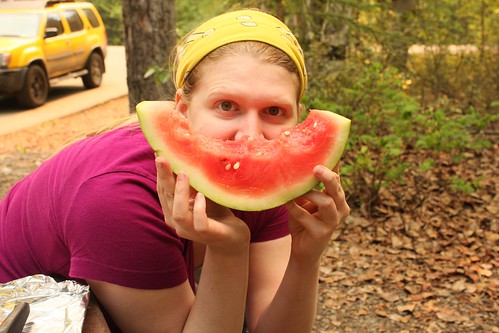 Later I had a chance to use the fish filleting skills that I earned while in Bethel- I filleted the whitefish better than Micah the Eskimo! Mom Peter taught me well. :) 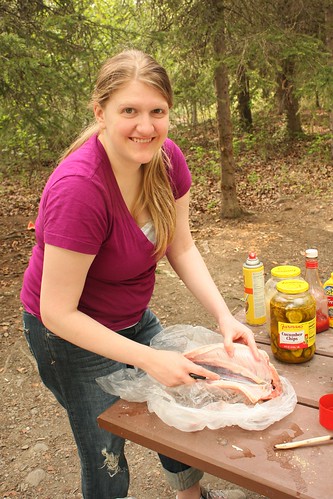 After supper, we headed back out to the lake, except this time we hiked on the right side of the lake. Since the glacier water expands and contracts, and the ground is the silty clay, it turns into mud down by the water and in a barren desert farther inland. there where all these little rivers and gullies, some quite large. A few I had to have "help" with: 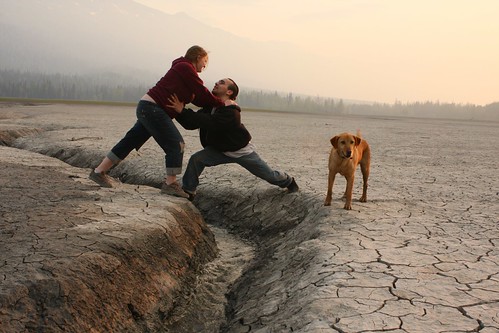 Then the sun began setting and the show really began! I love sunsets, they are one of the most beautiful and peaceful times of the day. 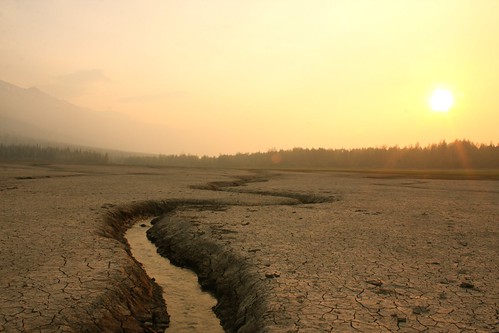 While we were out there, we heard the familiar sound of a helicopter and turned to see the wildfire firefighters coming to make another run. I thought that the helicopter looked like a dragonfly. Micah said I was crazy. What do YOU think?
But it was a still a pretty sight. 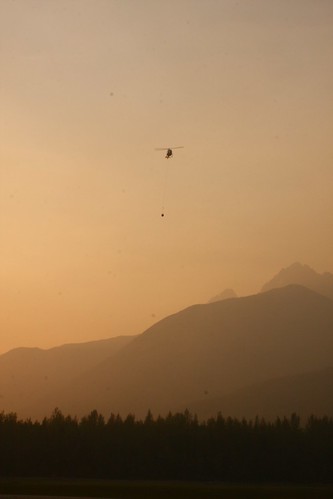 Pretty soon that sun had the sky lit up as though IT was on fire! Look at that fantastic coloring! 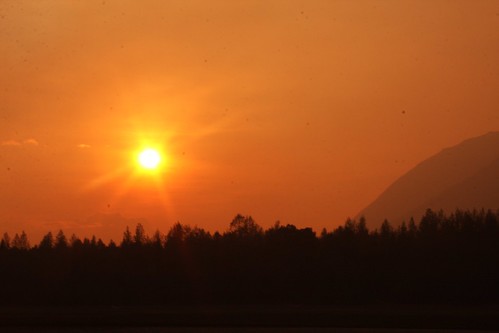 The next morning, we were playing with Caleb some more when he decided that he wanted to test out his new all-terrain sandals! 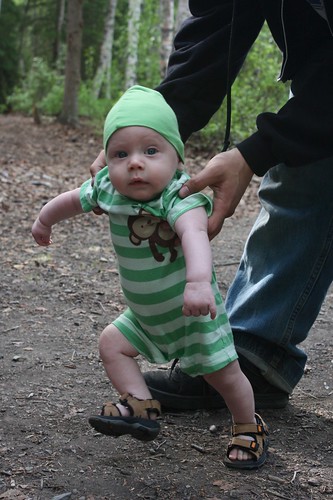 That boy is going to be walking before he crawls! 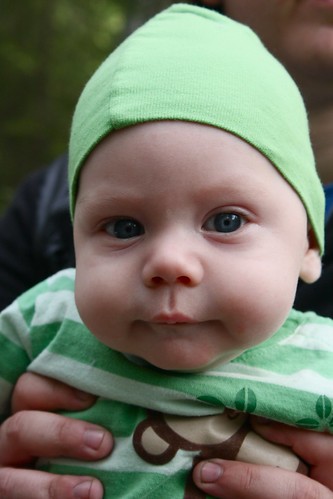 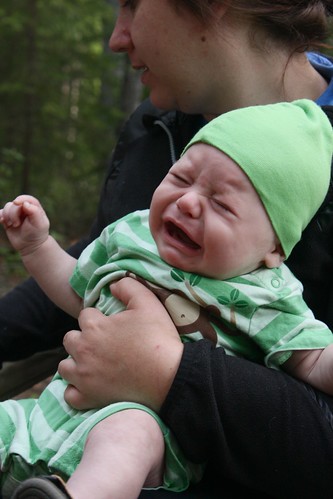