Caleb is getting so big!!! 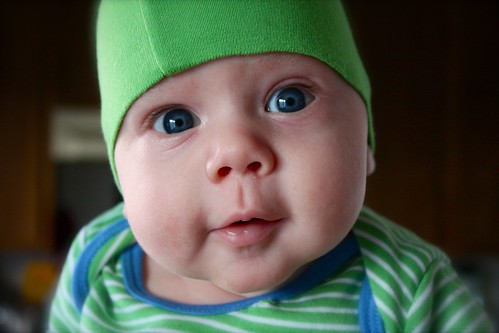 These pictures were taken over the past weekend as on Friday I had looked at some pictures of him and realized just how much he had grown in a few short weeks. You know, I always thought parents were joking when they said that they "blinked, and the kids were all grown up." Well, I'm here to tell you- THEY WEREN'T JOKING! It's even more noticeable to me now that I'm working. All day I'm away from my boy, and when I get home the first thing I want to do is just sit down and cuddle with him. It's so hard to be away from your baby after being together for so long (both in the womb and out of it).

But really- did you ever see eyes so blue? (no editing!) We're hoping that they stay blue, but as the only person who has blue eyes in the family is Mom Peter, the rest of us having some variation of brown or hazel (mine are a green/hazel and Micah's are brown), we're afraid that our blonde-haired, blue-eyed little boy is not here to stay. Sadness. 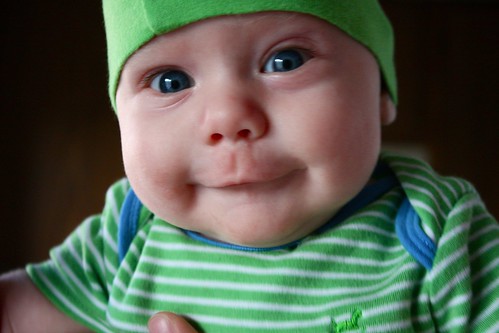 While he is here, though, he will continue to melt Mommy's heart with his big blue eyes, wide, toothless grin, and hilarious facial expressions. He gets so excited when Micah and I walk into the room, waving his arms and legs, grinning at us so big. 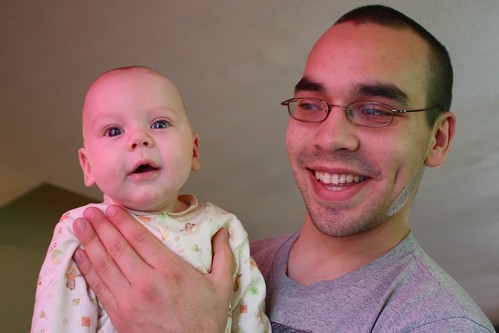 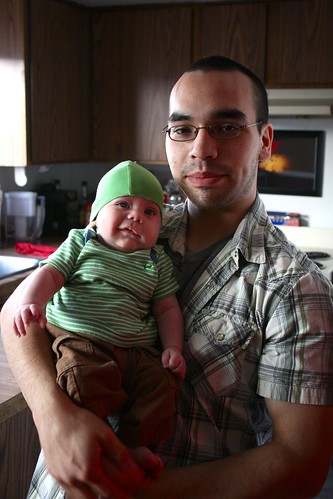 He gets that from his Daddy.

But it's still great photography material. Which is why I eventually get this look: 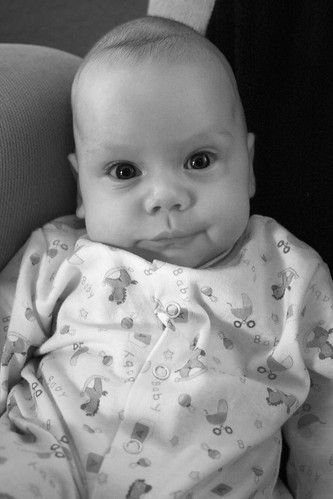 Micah and I ran across a onesie that said "World's Most Photographed Baby"-- we are SO getting it!

Didn't he look adorable in his Sunday outfit? He looks just like Daddy in his cargo pants. 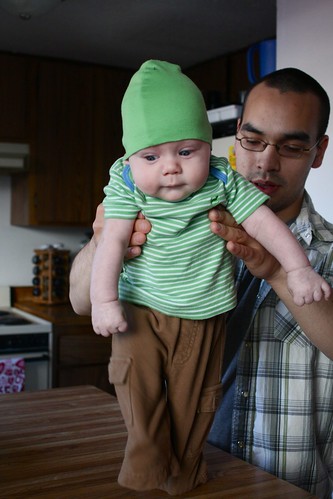 Never mind that they are a TAD too bid... Daddy has to roll them up too ;) 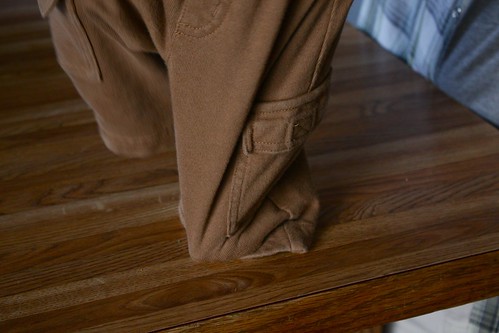 About two weeks ago, Caleb starting cooing and doing the beginnings of baby talk, but get this, he only talks to Micah! Hmph! Can you believe it? I get the big smiles and the gurgling laughter, which is adorable by the way, but Caleb actually TALKS to Micah. I'll sit there and watch them carry on a conversation back-and-forth. It's not fair, I tell ya, simply not fair. Here I go and give life to the child, carry him for nine long, nausea-filled, months, eventually undergoing an ancient form of torture known as labor, and bring this baby into the world. Then I am tied to him, giving him food and nourishment, sharing my life with him. He is my constant companion for weeks and months. He sleeps next to me and when he wakes up during the night with a bad dream, I'm the one the cuddles and comforts him. I do all this...

... and he talks to his Daddy instead of me! 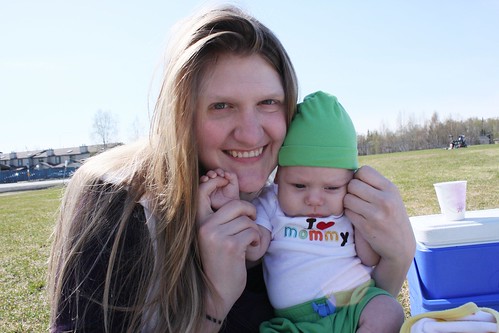