We've lived in this house for five months as of today and during that time the 2nd bedroom has been used mostly as a junk room to hold all of our "stuff."

People have too much "stuff" if you ask me.

And after cleaning all day today, I would say that we did too. But not anymore!

With last night being New Year's Eve, we didn't get to sleep until well after 2 am, which should have meant sleeping in a bit this morning. Until 8 am at least. But it wasn't to be. For reasons unknown to me, I began waking up somewhere around 5 am, tossing and turning until 6 am when I finally accepted that I wasn't going back to sleep and I might as well do something productive with my time.

As I laid there, one thing went through my mind: "Baby's Room"

In the past five months I have attempted to clean this disaster of a room, but I always ran out of motivation before I ran out of energy. And once that first thing goes, it doesn't matter how energized you are, ain't nuthin getting done!

The result was a hodge-podge of half-emptied boxes, random stuffed thrown into every corner, and the one neatly organized shelving unit containing most of Baby's earthly possessions.

My mission was to have that room spotless before the end of the day.

Could I do it?

I didn't give myself a choice in the matter.

Because I knew that if I didn't get it done now while in my 7th month when I could still bend over, then it wouldn't be done at all. Which mean Baby would be coming home to... yeah.. I wasn't about to do that to the kid. I think the actual birth is enough traumatizing for a while.

How bad was it, you ask?

Let's just say.. I didn't take a "Before" picture.

It took about 12 hours, but the result was well worth it. 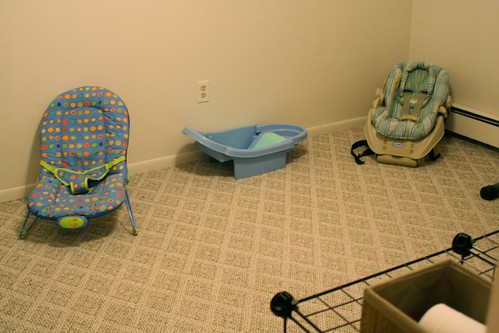 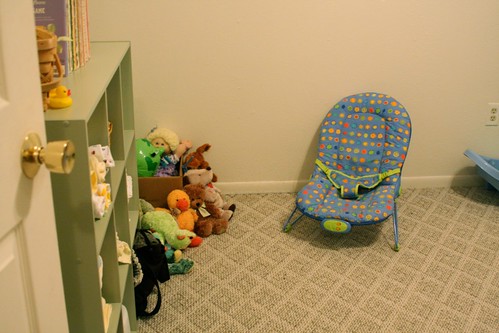 Look! It's the floor! Haven't seen that since we moved in! 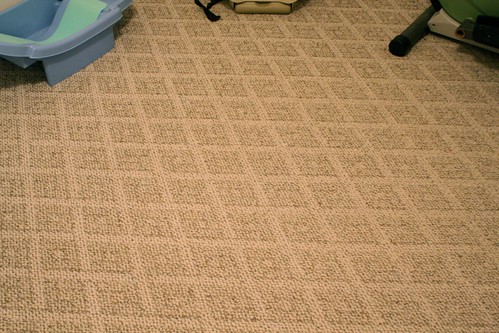 The green shelf is reorganized some because I packed away all the 3+ months clothes and items. After all, we won't need the 9 month clothes for.. well, 9 months! 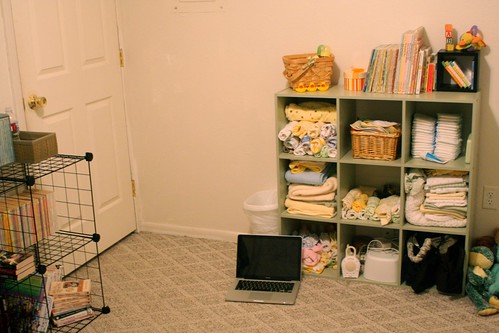 These black shelves have been used for everything from closet shelves to a pantry. Now, it's back to a bookcase until we can get a permanent one. 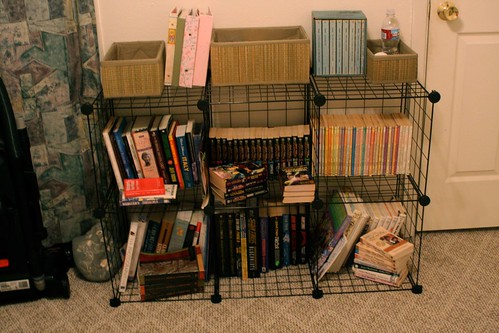 Kid's got a ton of toys 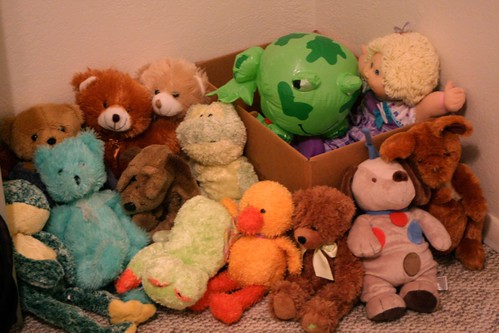 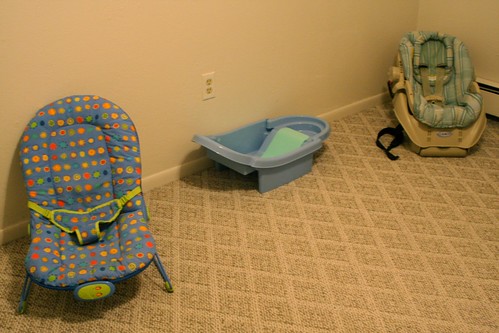 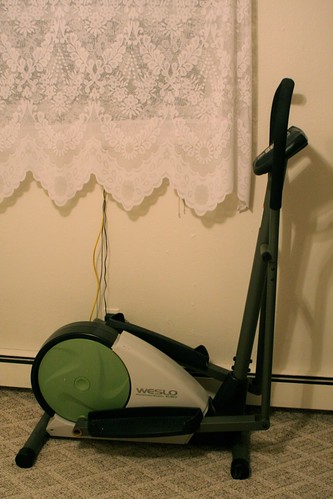 I also spent a lot of time going through all the baby stuff, organizing the old stuff, adding the new stuff we got at our two showers while down for Christmas. Micah helped me go over the checklist I compiled, seeing what we already have and what we need. With three months to go we're doing pretty good. We have the clothing more than covered, which is to be expected. I think that's always the first set of items to get filled... after all, baby clothes are so cute!

So as of right now we still need:

Essentials like baby wipes, baby powder, and of course, diapers.

I'd like to keep an eye out for a cheap dresser, toy box, stuff like that. Nice, but not vital.

Should be able to find all that in the next 3 months. The only big items are the stroller, which we won't need right away, and the travel yard/crib, which we WILL need. The other smaller items we'll just keep an eye out for.

We're really thankful though, because we've spent less than $100 on baby stuff so far, what between bargain shopping and gifts from people. God has certainly provided, something both we and our bank account are thankful for. He's done it so far, He can provide the rest!

Once we get the rest of the essentials, then we'll worry about the "decorating", you know, curtains, rug, pictures, that sort of thing. All in good time.

In the meantime, do ya'll have any bargain baby ideas or good decorating or planning tips?