We had our company christmas party on Friday night- the fancy one. Last year they had the wild party with drinking and dancing and all the stuff I wouldn't want to participate in. Afterward, they got some feedback and found that the majority of people didn't want booze, they wanted to bring their families. So this year they nixed the "adult party" and instead decided to do a family party. Good for them.

The party was held at Changepoint, one of the two big megachurches here in Anchorage (my friend Mariah goes there). We got there and since I am an employee, I got handed a Christmas card from the company that had a gift card in it! Thank you Christmas bonus!

We had a time finding seating though. It seemed like my whole work (FMO) came in at the same time and we were all sort of standing in the middle with a big "ummmmmmm" look on our faces. Micah and I saw 4 open seats and so we asked the family sitting on the other side if they were open and when they said they were, we nabbed them for ourselves and Matt and Nate.

Not long after that the party got started. I can't remember who the Master of Ceremonies (MC) was, but Micah recognized him from the Bethel area, some well-known guy. Needless to say, he was a pretty good host. Had a sort of off-the-wall kind of humor. He went around to each table teasing people and making jokes. Then he started the fun.

He asked a girl at a table near us if she could remember the name of all of her table companions. She couldn't. So he moved on to the next table and asked a guy there. He couldn't either. By that time we were all telling each other our names, you know, "just in case." Well, the just in case came as the host stopped at our table next and asked Matt if he knew the names of everyone at the table! When Matt said "Yes" (quite confidently in fact), the host shushed everyone down and Matt went around the whole table: Joe, Kelly, Allie, Ella, Matt, Nathan, Megan, Micah... whew!

Tell 'em what they won, Bob!

Dinner at Orso's! That's the same restaurant that Micah and I went to for our anniversary that was sooo good. So we won gift certificates for our whole table! Nice! Way to pull through for the team, Matt!

The host moved on to a few other tables, some missing, some winning, the funniest table being the woman who blanked out and couldn't remember her aunt's name! Now THAT was funny.

Pretty soon it was time to serve the food. The entire meal was a catered event and boy was it good! They had fresh green salad, fruit salad, fresh fruit (very good honeydew, btw), a white fish that Micah thought was Halibut, Prime Rib, Honey-glazed Ham (I must have eaten half a ham.. I had been craving ham for weeks!), really good roasted potatoes, yummy rolls, stuffing, asparagus.. and of course, dessert! It was so delicious.

Once dinner was over the host introduced the entertainer for the evening, a juggler/magician/acrobat from Portland, OR. I think his name was Rick Thomas. That guy should add "comedian" to his acts because he was HILARIOUS!!!! I took some videos but I'm having trouble figuring out how to actually upload them. I think that was the best part of the evening. He had the whole room in stitches for over an hour. But he was a fantastic juggler.. I think Micah found his idol.

The big part of the evening was when Calista gave away the free trips. They had all the employees come up and draw a number then all the numbers went in a pot and they selected two numbers. Those two lucky employees got 2 tickets for an all-expense-paid 7 days & nights trip to anywhere Alaska Airlines flies. Yah! Two tickets for each person! Hotel room, car, everything. Dude. Talk about a Christmas bonus!

No, I didn't win. You would have heard me screaming all the way down in TN if I had. But they two girls who did when were downright stunned. One thought she would want to go to Hawaii, the other had kids who wanted to go to Disneyland in California. Me? I don't know where I would go. If it didn't include the hotel room, I would say Atlanta or California so I could do see everyone there. But including the hotel and I'd say a babymoon for Micah and I... maybe Seattle or Hawaii, don't know. Too bad Alaska Airlines doesn't fly to Italy! :P

After the party was over we took some family pictures out by the pretty tree. Enjoy!

I look huge here, but this time it wasn't all baby- I stuffed myself during that meal!

The Peter Boys being boys

Well, that's all for the Company Christmas Party! 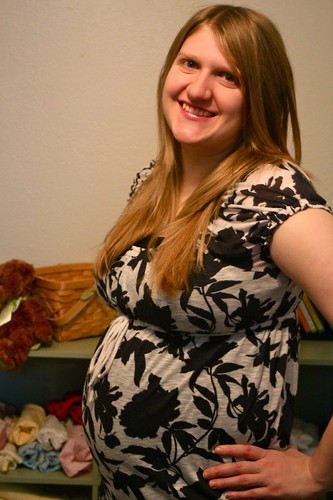 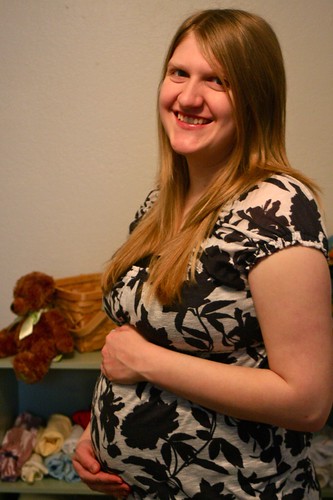 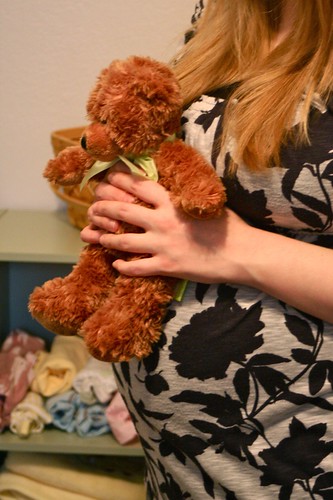 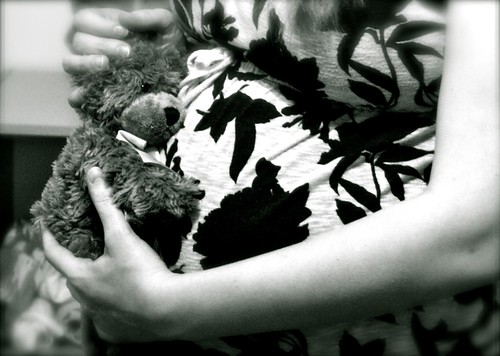 Yeah, so about 2 months ago I had to stop eating cheerios because they were making me throw up. Hmm.. okay.. so it must be cheerios, stay away from cheerios.

But I ate some cheerios when babysitting Lillian and was fine.

With only one person eating cereal (Micah) it takes a long time to get through the two bags that we get at Costco. When it finally ran out Micah got to pick out the next kind. He chose Chex. Now, I like Chex, but not as cereal. I like Chex when it's mixed with pretzels and crackers. Basically, I like Chex Mix. During the course of those THREE bags (of course he would have to get the big pack), I only ate the regular chex once, and then as a dry snack. No affect.

Hmm, so maybe the anti-cereal thing has passed.

The next time we ran out of cereal it was my turn to pick and I chose the Quaker Oats Granola Cereal. It looked soooo good! And since it was just a cheerios thing before, I'd be fine.. right?

This morning I poured a good-size bowl, added the milk, and sat down to enjoy my breakfast. Mmmm. That was some GOOD STUFF! I even waited 20 minutes, just to make sure, and then went back for a second bowl. Not so much as a tummy flutter.. I think we're home free!

Then I got to work. At 8:00, 1 hour after I had eaten, I was walking back to my morning meeting when all of a sudden.. one thought.. bathroom. fast.

[grossness alert]
I barely got the bathroom door shut before it ALL came up. Thankfully IN the toilet (I've yet to miss- came close a few times, but no misses).

For the life of me I can't figure out what is causing this weird cereal allergy. I can eat the cereal dry. I can drink milk till the cows come home (pun not intended), but put the two things together and it all comes up. Literally. Really, I'm getting sick of it (pun intended :P).

So I guess it's back to bagels and english muffins for me. Sigh.. And get this, when I told Micah about this lasted fiasco I shared my sadness because the cereal was "really good." His unsympathetic reply? "Yeah, it is. I'll be enjoying it, for sure."

:O Lost some points on the Best-Husband-Ever scale there, Love. But don't worry, a foot-rub should make up the difference, plus interest. :)

In other news-- I updated all my userpics here on LJ. TOO CUTE! I'm wanting to blog just so I can use them. Oh boy! (as em says)

Tonight should be tons of fun. It's Becky's (Tim's wife-to-be) bridal shower. We're going to her favorite casual restaurant, Red Robin. I love that place. I'd better since we'll be going back on Sunday for Micah's birthday lunch. Red Robin twice in one week?! Did I die and go to hamburger heaven?

I've been planning out my strategy since I can't eat a lot in one sitting. What should I do? The burgers are so huge that even half of one fills you up, yet the fries.. oh the fries... I could eat baskets of the fries, and I usually do since they are BOTTOMLESS FRIES!! Oh boy.. what to do.. um... I think my strategy will be to eat just a 1/4 of my burger and bunches and bunches of fries. After all, burgers keep and still taste awesome the next days. Fries don't. Eww-- cold fries? grossness. And as much as it saddens me, I think I'll skip the Bottomless Freckled Lemonade. It's the next best thing to a Sonic drink up here, but I always drink 2-4 glasses, which is part of the reason why I can never finish my meal. Don't need it.

Will take pictures. Promise!
(notice no promise as to win said pictures will be uploaded...)