As I mentioned last week, Sunday marked Day 1 of my birthday week, which entailed going out to Boston's after church that night and spending time with friends.

Monday evening was spent shooting guns! hehehe.... We met up with Uncle Wayne, his friend Heather, and her children to go shooting. Fun stuff. I tell you though, it's WEIRD trying to aim with only one contact in. Your depth perception is thrown completely off. 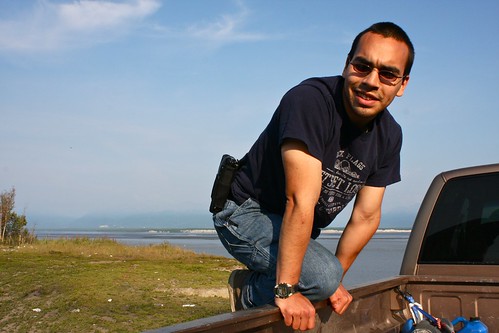 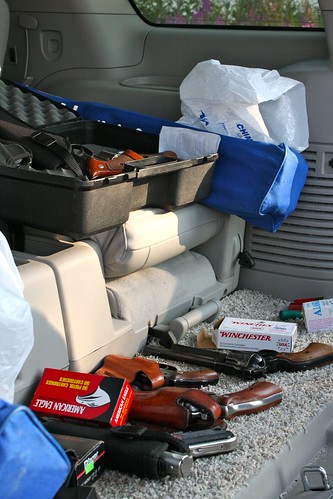 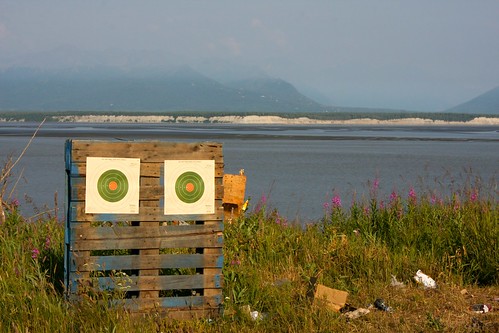 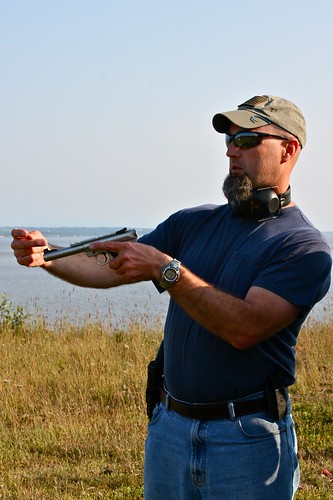 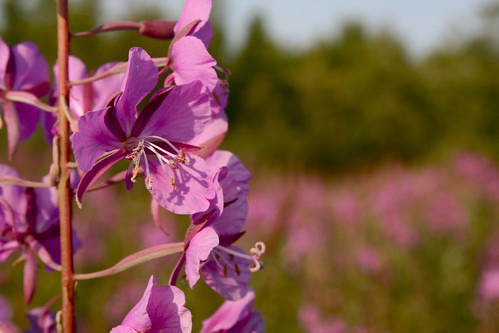 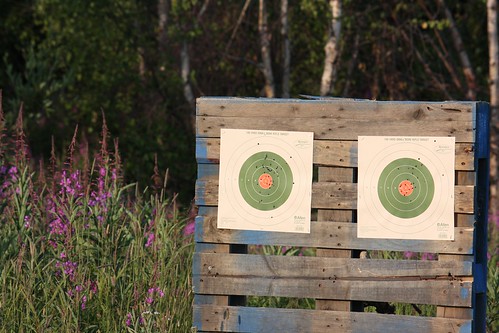 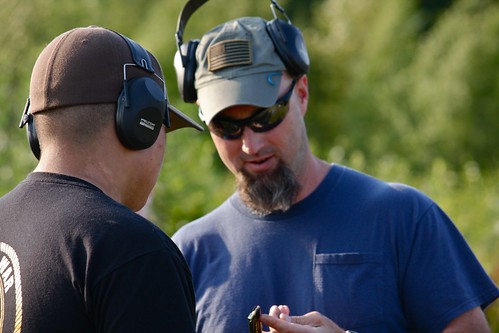 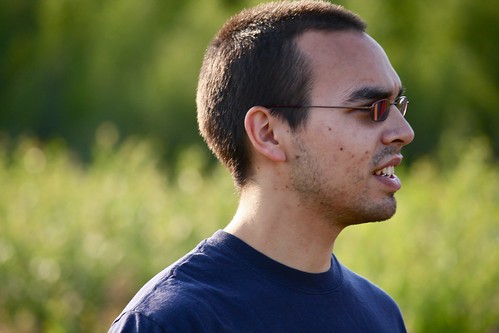 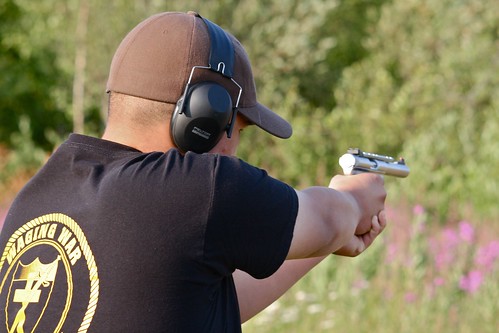 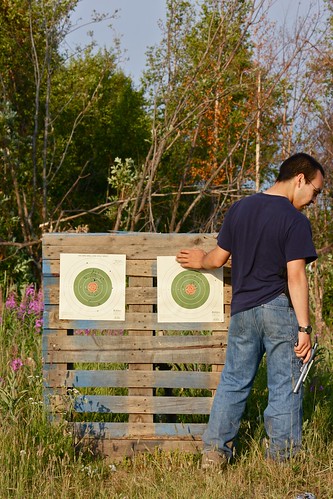 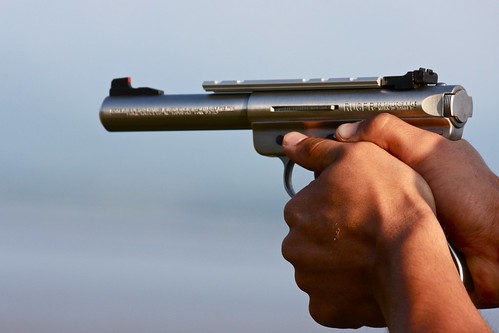 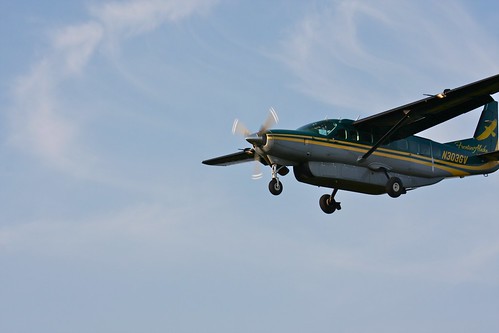 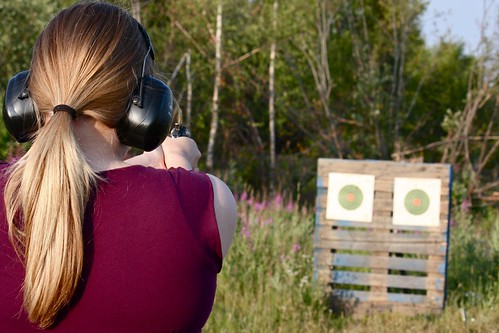 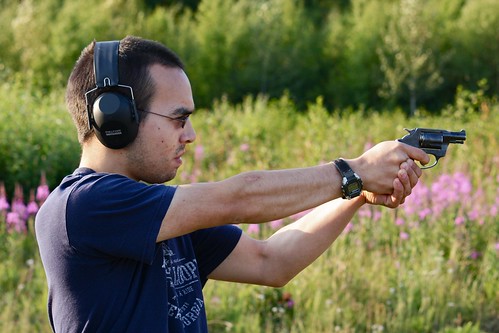 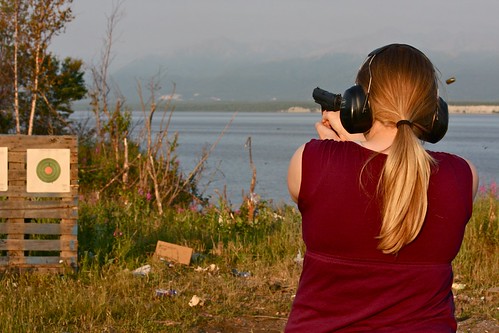 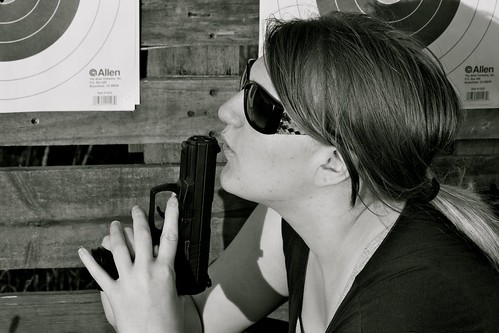 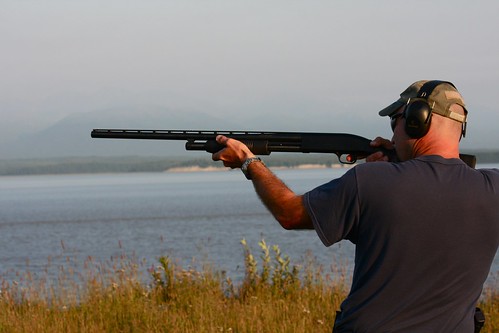 The guys checking out what's what 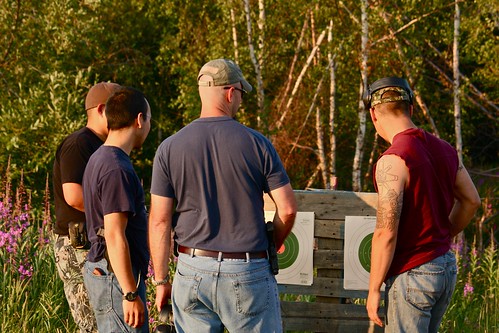 Tiny holes from tiny shot that gives a big hurt 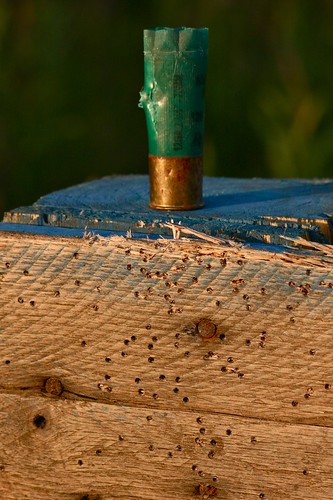 The shotgun was kicking her back, so Matt was there.. "just in case" 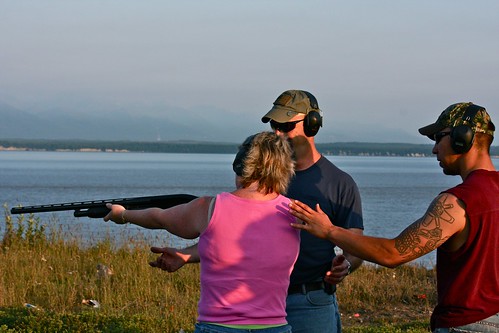 I know a shotie well.. Halo anyone? I just wish the energy sword was an actual weapon 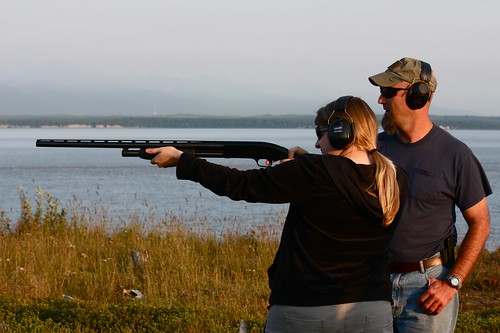 There goes the shell 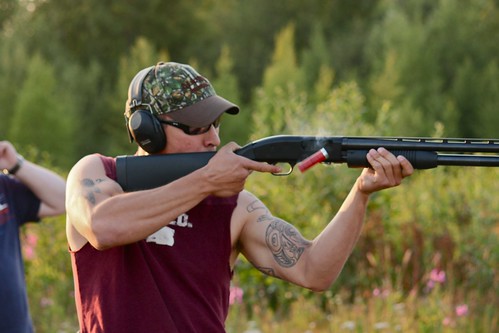 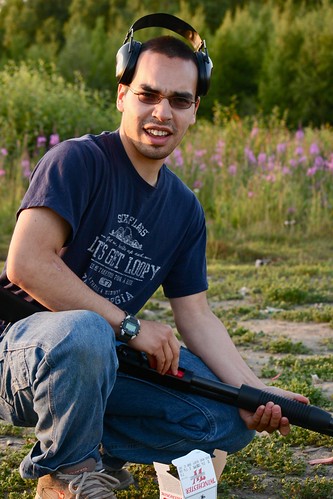 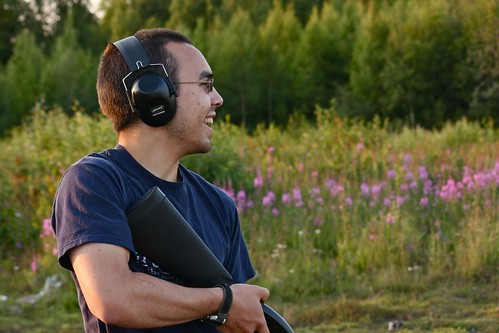 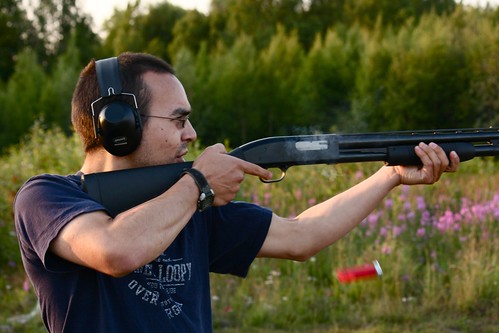 There is goes flying 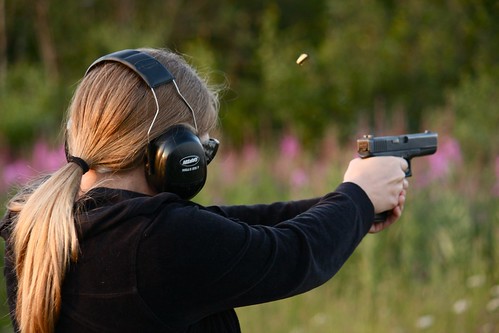 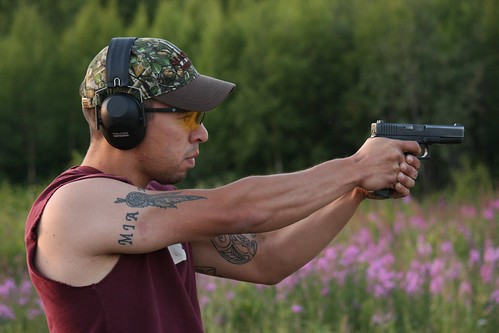 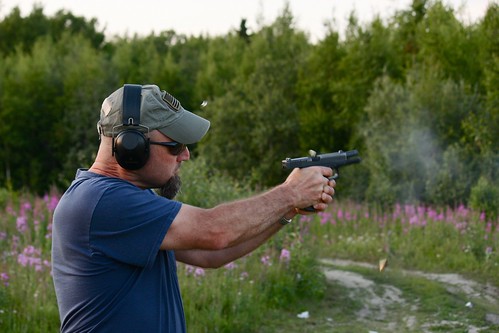 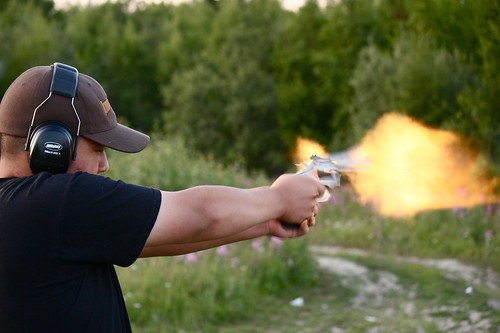 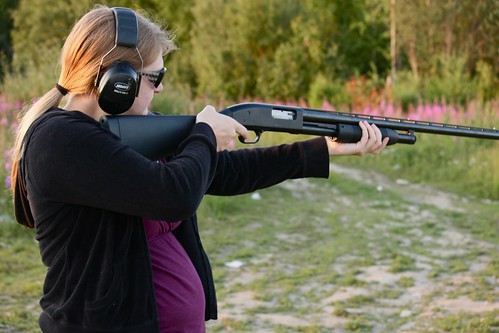 Okay, now that this picture has circulated fully, Micah and I would like to issue a statement. First of all, when you shoot, girls tend to arch the back. In this picture, my back was arched alllll the way, but you can't tell cause of the jacket. Back goes in, belly goes out. It's the natural order of things. Well, when looking at the images later, Micah and I cracked up because it looked like I was pregnant. REALLY pregnant. In fact, according to Heather the next day, I look about 4 or 5 months pregnant. Micah and I thought it was such a hoot that we decided to "randomly" post the picture on facebook, and facebook only, and see how many rumors we could get started. Well, apparently quite a bit judging from the amount of emails and phones call we received. (Don't worry, I'm not completely heartless, I did email my Mom first so she wouldn't panic and then come up here and kill me for not telling her first) So. To quell all doubts and rumors, no, I am not five months pregnant. No, I am not due in November, or whenever nine months would be. I'm not four months, or six months, or even two months. I'm not. Okay?

Just so you know, I have an interview at 1 pm. PRAY!

P.S- Sorry for the crazy amount of pictures.
Collapse