Micah and I have grounded ourselves today. No playing outside. No playing Xbox. No watching Hulu. No playing games. No reading. No daydreaming. No BLOGGING....

until we get the house spotless!

So... I will be blogging extensively tonight.

Friday night Matt, Micah and I hit up the Kutless concert here in town for a night of jammin' and rockin' it out. I've always loved Kutless- they have the nice "rock" tone, but have great worship songs in the mix. The concert was held at the Anchorage Baptist Temple, the largest church here in A-town. There were several hundred people there, and the entire main floor and 1/2 the balcony was completely filled. We started off just grabbing some seats about midway through, then as soon as the concert started the three of us headed down to the front, a mere 20 feet away from Kutless! Woo woo!

Matt was really getting into it as he got smack dab in the middle of it all, meanwhile Micah and I held back a bit so we wouldn't get elbowed or stepped on.

The place was sooo dark, that I had the camera cranked up to 800 iso and lower exposure in order to get the shots of Kutless while they were moving about. Surprisingly, the shots turned out a lot better than I expected! Yay! Especially since I was just using out little point-and-shoot. :D

You facebookers out there have already seen these, so I apologize in advance. 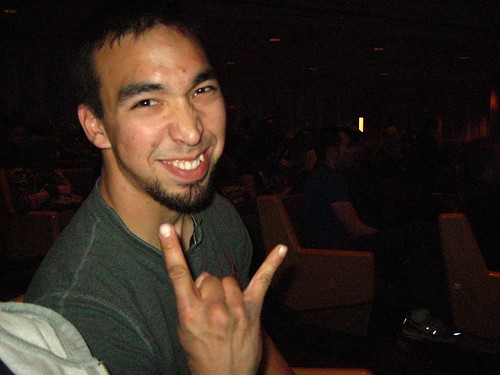 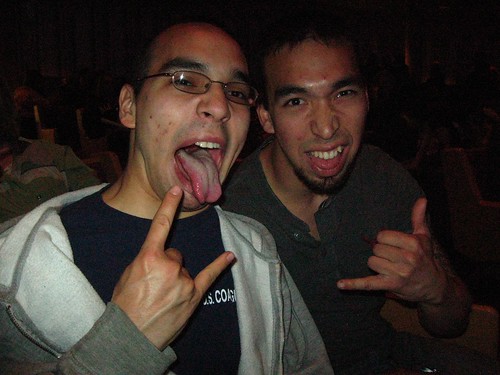 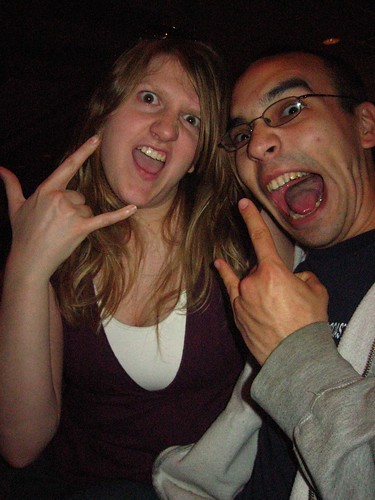 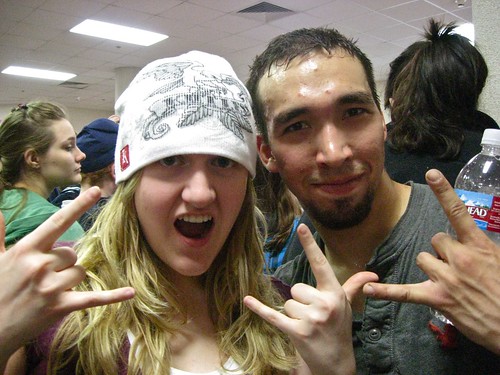 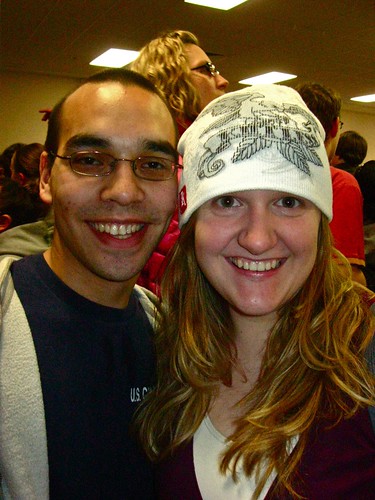 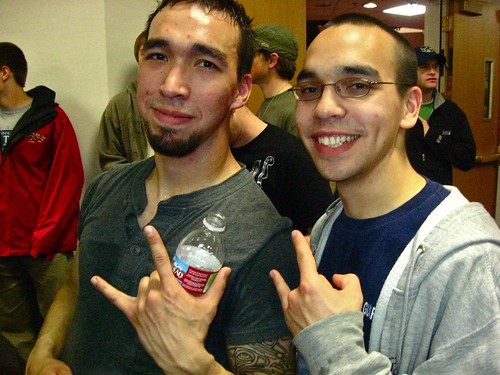 After the concert we waited in line for about 20 minutes only to realize that we were in the wrong line- duh! So we got in the OTHER line and waited for about 45 minutes until it was our turn to get stuff signed by Kutless. Man got his beanie and shirt signed and Micah and I got our shirt signed.

While in line we heard someone say how Kutless was going to be signing until the very end and if we stayed until the very end then we could get our picture taken with Kutless!!! Sweet!!! So we stood around and waited until everyone went through the line. In the meantime we went to the little booth there and bought super passes!!! One of the Christian stations here, 93.7, is celebrating it's 10th anniversary so it's hosting a concert series, 9 concerts with 10 artists from now until October. Kutless was kicking it off and it is only going to get better from here: Stellar Kart, Elventyseven, Brandon Heath, Thousand Foot Krutch, Big Daddy Weave, and Rebecca St. James, just to name a few of the AWESOME artist coming up... woohoo! And our super passes allow us to go to all of the concerts for only 1/2 the price! And we'll get the inside scope, be entered for backstage events... all kinds of cool stuff! It's just so exciting!

So.. after waiting until the very very VERY end... we got our picture taken with Kutless!!!!!!! 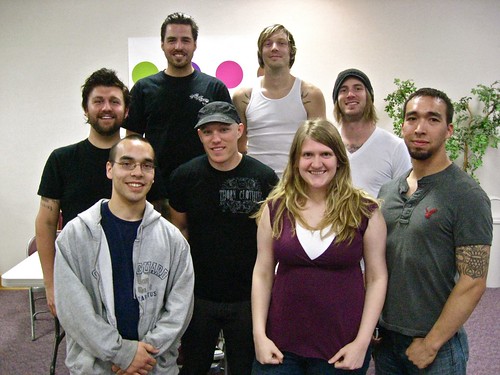 Yes. That is us. With Kutless. Rock on.

Yeah.. as soon as we left I protected that baby so I wouldn't accidentally delete the image and then Micah called Zay to rub it in a bit. Sorry Zay. hehehe.